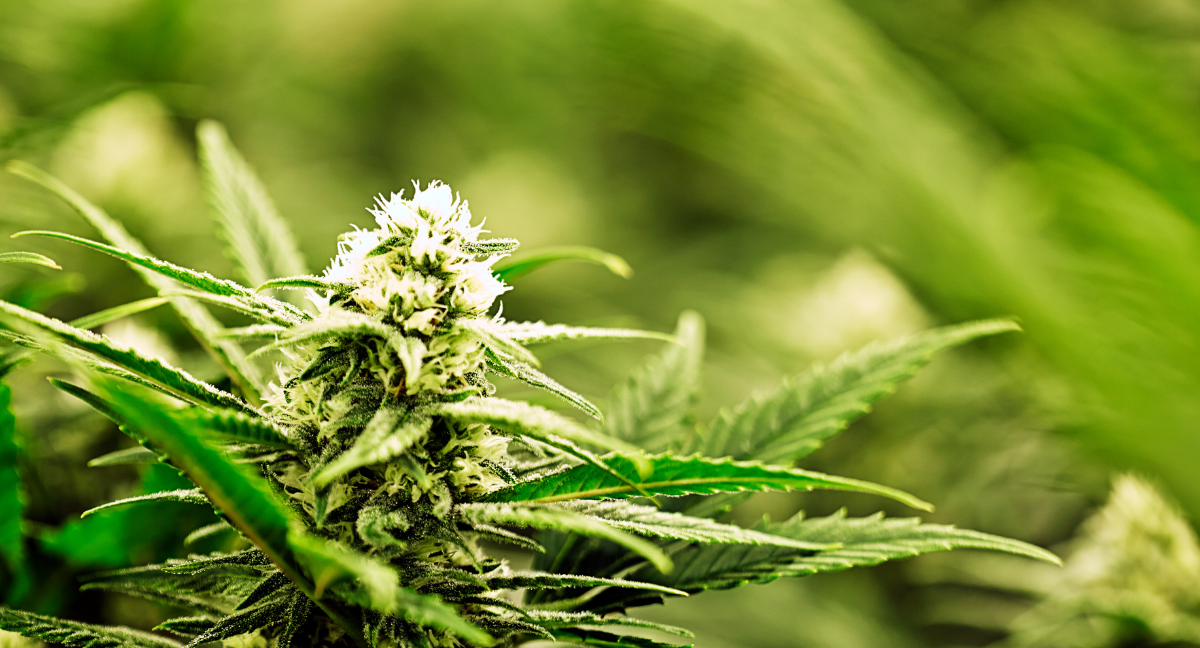 Maine is the easternmost state in the U.S. Also called the pine tree state, Maine enjoys a humid continental climate that consists of warm and humid summers. Think of 203 sunny days annually and fewer tornadoes, thunderstorms, or cyclones.

Top Strains To Grow In Maine

However, the warmth is short-lived. During the winter, temperatures dip to 12 degrees Fahrenheit (-11.1 degrees Celsius) with extremely cold nights. In addition to the abundance of snowfalls, choosing the best strains to grow in Maine can be confusing since the climate offers an extremely short growing period.

Luckily, we’ve rummaged through the list of seeds in our store and matched their requirements to Maine’s climatic conditions. Finally, we have put together a list of the five best strains to grow in Maine that is your ideal fit.

Which Strains Should You Grow in Maine?

White Widow is an Indica variety that is prevalent across Maine. It rose to popularity in the 1990s as a hybrid strain developed by a cannabis breed called Shantibaba, who worked at a greenhouse in the U.S.

White Widow is considered one of the world’s most popular strains due to its high potency. It’s also among the best strains to grow outdoors in Maine. A few hits and you’re likely to drain in a mellow sensation with tones of happy vibes.

And since its chemistry is balanced—40% Sativa and 60% Indica — this strain will glue you to your coach for hours and help you remedy stress, anxiety, or depression.

Growing the White Widow both indoors and outdoors is a real bliss. The female seeds auto-flowers in 8 weeks, making it one of the best cannabis strains to grow outdoors in Maine. Whether the sunlight dips to 3 hours a day, the feminized seeds of the White Widow will still flower and keep their potency.

White Widow’s hardiness is supreme. It can withstand a variety of environments–heat, sunny, or cooler climates. Should you decide to plant it during the warm summers in Maine or cold winters, you can rest assured it will maintain its yield.

White Widow is also super resistant to popular pests and diseases. On average, it needs 2-3 sprays, and it will be ripe for harvesting. The strong stems stand 20-24 inches high when mature, but should you want to grow the strain indoors, you can tame the heights with the SCROG method. On average, it reaps 4-ounces per 3 square ft. indoors.

Purple Haze is a hall of fame contender that shot up the table in 1967. It’s unique for its sharper, spicier notes that include fruity flavors of berries and grapes. Its thick exhale is highly addictive, save for the grape-flavored, thick aftertaste.

On the farm, you can spot the Purple Haze by its distinctive vibrant purple hue. The flowers grow to form spade-shaped structures that are medium-to-large depending on the abundance of nutrients and other growth elements.

Growing Purple Haze is a breeze since it thrives both outdoors and indoors. This strain specifically loves the warm and sunny Mediterranean climate, no wonder it racks the list of best strains to grow in Maine.

Super Skunk is a popular strain that is a cross of Afghani and Skunk #1. The genetics is a balance of 60% Sativa and 40% Indica. For this reason, the Super Skunk is popular for its deep relaxation feel, a quality that makes it an ideal medical strain for stress, anxiety, and chronic pain.

Super Skunk enthusiast loves its addictive “extra skunky”  flavor. The old skunky smell guarantees the feeling of being more primal and defensive. In addition to the earthy and musky background of myrcene and terpene, Super Skunk offers the best feeling you’ll ever find among heavy hitters.

The much-adored Super Skunk grows from breeder seeds called Sensei—a word used to refer to a super-upgraded version of the Skunk #1. The seeds are easy to cultivate even by amateur growers as they withstand various environmental conditions and are easy to manage. Also, you won’t worry about the seeds failing to germinate as they guarantee up to 80% success.

You can culture Super Skunk both indoors and outdoors. Yields from indoors can be lower compared to the outdoors but with high potency. 18 ounces of flowers per plant is the average yield indoor should you provide the ideal growth condition Super Skunk requires to thrive.

Super Skunk thrives best in sunny and Mediterranean climates hence one of the best weed strains to grow outdoors in Maine. In the state, Super Skunk growers harvest mainly in mid-September to mid-October to keep the best yields. Essentially, 21 ounces of flowers per plant is the average yield, but yours can go an extra ounce.

The flowering stage takes an average of 10 weeks indoors. You can note the buds from their distinctive smell of fungus, ammonia, or rubber, while the plant’s height is medium short, making this strain one of the best cannabis strains to grow in Maine outdoors and indoors.

OG Kush is a legendary strain that prides itself on massive nugs that are dark and massive. The taste is a euphoric piney flavor with an earthy background that is unmatchable.

This weed is damn exceptional at taking the body into a real hibernation mode. Each hit aggravates the need to sleep in most people. To some, it presses the social buttons that make you hyper-talkative but with a clear head.

But even for its fame and potency, OG Kush is one of the best strains to grow in Maine whose origin is a mystery botanists are yet to unfold. Some historians claim this strain originated from California and that the OG is an abbreviation for (Ocean Green). Some also say the OG connotes the words “Original Gangster’’—a status given to an old school building block strain.

What’s more? The genetics of OG Kush is also unknown: Some growers claim it’s a staple cross between Chemdawg and Hardy Hindu Kush landrace. The chemical composition ranges between 20% and 25% THC.

OG Kush grows and thrives both indoors and outdoors to form dense buds. But due to the size of their buds, it’s more susceptible to bud diseases making it not so ideal for a high humid climate. The reason it falls among the best strains of marijuana to grow in Maine is its ability to excellently yield indoors.

OG Kush can handle colder Maine’s night temperatures. When flowering, keep the temperatures at a range between 65 and 80-degrees Fahrenheit. And since the strain is heavy feed, you need a sufficient amount of calcium and magnesium to allow the buds to yield to their potential. Feeding the crops with compost tea can also help minimize the rotting of the buds due to mildew.

Blue Dream is another perfect strain to grow in Maine that has lived to its dream even with a puzzling background. Known as Azure Haze, this strain is a cross between Haze and BlueBerry. It rose to fame in the 1990s as a medical strain for battling a sundry of ailments and is speculated to originate from Santa Cruz.

The strain would later catch the attention of an eminent breeder named DJ Short, who advanced its genome to what it’s today.

Blue Dream’s genetics consist of 60% Sativa and 40% Indica, while the THC content ranges between 17% and 24%. What’s the best part? The strain is unique for its delightful aroma and taste of sweet berries. A mix of sharp sandalwood, citrus, and floral notes leaves behind a fruity aftertaste that’s worth every sniff.

Blue Dream thrives best indoors as it’s relatively high-sensitive to ever-changing weather conditions.  Even before taking it as an absolute strain to grow in Maine, think of how to keep the temperatures, pH, and humidity constant first. Also, the plant is a real monster, so you’ll need an adequate space that fully supports both vertical and horizontal growth of the branches.

Having read this piece to this end, knowing about the best strain to grow in Maine is a puzzle three-quarters solved. Choose any of the short-growing strains we’ve picked, and you can rest assured of value for bucks. If you’re looking for quality seeds for any of the varieties, please drop us a line. ILGM is the leading cannabis seed bank on the internet. Our seeds come with a germination guarantee, meaning that we’ll replace any damaged seeds.